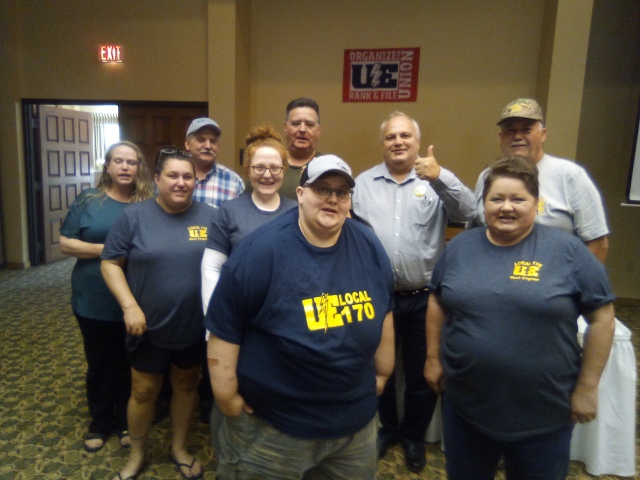 Some of our diligent ‘students’ take a break from workshops 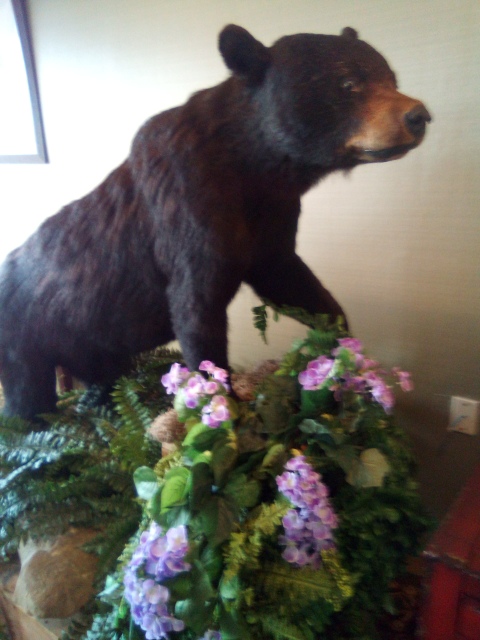 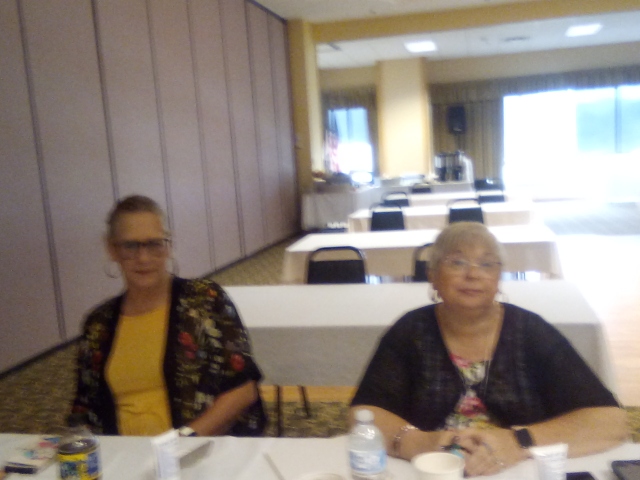 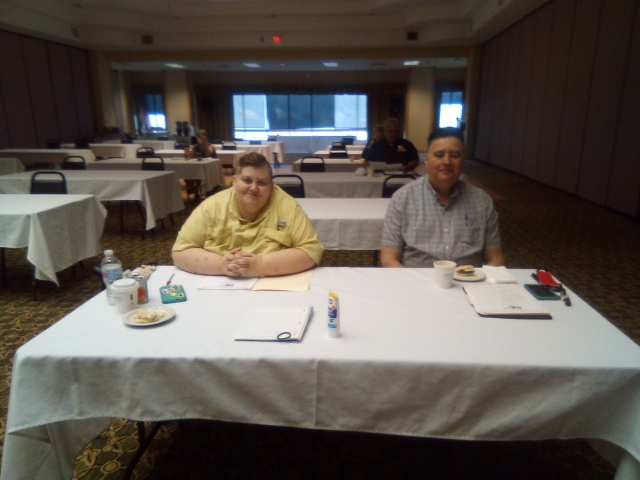 UE Local 170 held its semiannual training weekend at Flatwoods last weekend, August 27-29. Members learned many new things about their union, on National, Regional and Local levels, and they were quizzed on what they learned.

On Saturday, members participated in classes on several topics, including how UE is different from many other unions — The Members Run This Union! They learned about how to organize their own workplaces, what an organizing blitz is, and what to look for when choosing locations to organize. They then discussed and selected some future locations to recruit.

The day also included some informative officers’ training and some role play on how do you talk to your co-workers about joining our union. The last day ended with a great stewards training, and some more role play on what to expect when you are going to a predetermination meeting. Four UE national officers and the Eastern Region president attended and conducted classes, along with Local 170 leaders.

The training was considered a success by those who attended, and we hope to see more members at our next event.

One member said she wanted to get involved with grievances, but was hesitant. After the training, she feels ready and confident to get more involved!

If you would like information on these or any other training the local may offer, please contact us at [email protected]